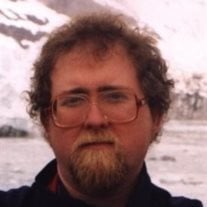 Aaron Dale Allston, 53, born December 8, 1960 to Tom Dale Allston and Rose Binford Boehm in Corsicana, Texas, passed away on Thursday, February 27, 2014 in Springfield, Missouri. Aaron Dale Allston, editor, publisher and author, age 53, passed away in Springfield, Missouri on Thursday, February 27, 2014. He was born December 8, 1960 to Tom Dale Allston and Rose Binford Boehm in Corsicana, Texas. He attended public schools in Big Lake, San Angelo, Wake Village and Denton, Texas graduating from Denton High School in 1979. He actively participated in the Science Fiction Club at DHS. He attended the University of Texas at Austin, majoring in journalism. He began his professional writing career at the Austin American Statesman newspaper and Steve Jackson games and has published extensively since 1988, entering the freelance writing field in 1997. He is the author of 13 Star Wars novels as well as many other science fiction, game based fiction and mystery novels, short stories and technical guides for writers. He was a widely sought out speaker and lecturer for state and national conference and traveled extensively throughout the country teaching and mentoring aspiring writers. He was an honorary member of the Vader’s Fist 501st Legion; an organization devoted to Star Wars costuming and who support and aid many charities, including children’s charities in fund raising. His greatest joys came from his cats, his close personal friends, actor friends and fellow authors, science fiction and horror movie special effects, and particularly mentoring young aspiring actors. He was preceded in death by his father, Tom Dale Allston, paternal grandparents, Oliver and Ruth Allston, maternal grandparents, John Binford and Bonnie Langley, and uncles, John Binford, Jr. and Paul Binford. He is survived by his mother, Rose Boehm, brother, Stacy Allston and aunt, Charlotte Owens. Memorial services will be held Saturday, March 15, 2014 at 2:00 PM at Denton Funeral Home Chapel, 120 South Carroll Blvd., Denton, Texas, 76201 with Rev. Jerald Garner officiating. Interment will follow at a later date with other members of his maternal family in Corsicana, Texas. As a tribute to his kindness to others, charitable donations made in his name or in the name of Star Garrison, 501st Legion at www.Stargarrison.com or the Children’s Advocacy Center for Denton County at www.cacdc.org would be appreciated. Arrangements are under the direction of Denton Funeral Home. On line condolences may be left for the family at www.dentonfuneralhome.net.

The family of Aaron Dale Allston created this Life Tributes page to make it easy to share your memories.