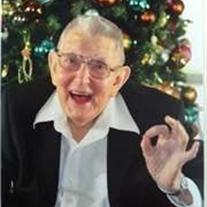 Charles Edgar Cullin, 79, departed this life on September 10, 2012, with family at his side.  Charles was born in Lubbock, Texas, on July 23, 1933, to George R. Cullin and Essie Davis Cullin.  He married Charlotte Campbell on September 6, 1958. All three preceded him in death.      Charlie attended Memphis, Texas, public schools and was a graduate of Hardin-Simmons University.  At Hardin-Simmons he played cornet in the world-renowned Cowboy Band and served as editor for the campus newspaper The Corral. He was an army veteran of the Korean War.      A lifelong newspaperman, Charlie wrote for The McLean News, Lubbock Avalanche-Journal, and The Santa Fe New Mexican. He served as press secretary to New Mexico governor David F. Cargo and was later appointed to head New Mexico's newly-established Film Commission.  Charlie worked in public relations for hospitals in Santa Fe and Canyon City, Colorado, and later wrote for Capitol Government Reports.  Charlie ventured into documentary film making with Mother O'Keeffe: The Other Georgia O'Keeffe and The Silence of Cricket Coogler which won the 2000 Axiem Award for Best Documentary.  He retired to Denton in 2005.      Charlie is survived by his brother Raymond Cullin and wife Barbara of Sun City West, Arizona; daughters Charise Christian and husband Craig of Denton, and Chay Parra and husband Mark of San Diego, California; one son Mitch Cullin and partner Peter Chang of Los Angeles, California; and three granddaughters who dearly loved their Pop, Cameron Christian Welter and husband Brian, Caitlin Christian, and Callan Parra; and an extended loving circle including Granny Babs, Carla, Dallas, Cody, Holly, Camber, and Hunter.      The family would like to thank the staffs of Carriage House Assisted Living in Denton, Redbird Manor in Sanger, and especially Ardent Hospice for their excellent care of our dad.      Charlie will be remembered as a kind-hearted, generous man with a mischievous, loving spirit and a never-ending smile.  In his memory, the family suggests spending time with a loved one, enjoying a cup of coffee, or taking in a movie - some of Charlie's favorite activities.      A memorial service celebrating Charlie's life will be held on his birthday.  Burial will be in Charlie Cemetery, Charlie, Texas.

Charles Edgar Cullin, 79, departed this life on September 10, 2012, with family at his side.  Charles was born in Lubbock, Texas, on July 23, 1933, to George R. Cullin and Essie Davis Cullin.  He married Charlotte Campbell on September 6, 1958.... View Obituary & Service Information

The family of Charles Cullin created this Life Tributes page to make it easy to share your memories.