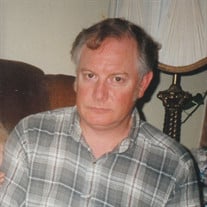 CONRAD DUANE MEDLOCK, JR. “PAPA” (1950-2014) Conrad Duane Medlock Jr. "Papa", age 64, passed away in his sleep, in Little Elm, TX, on Saturday September 6, 2014. He was born September 3rd, 1950, in Waco, TX to Conrad Medlock Sr. and Billie Medlock. Duane attended San Gorgorio High School where in 1968; he met Colleen Gehle, whom he would marry in Dallas, TX in 1972. After high school he attended San Bernardino College for two years and in 1973, he joined the Dallas Police Academy where he served as a Dallas police officer for over 18 years. Duane and Colleen Medlock shared over 40 years of their life together and were blessed with two children, Timothy Kirk Medlock, born in 1972 and Travis Kent Medlock, born in 1980. Duane will be remembered for his quick wit, silly nicknames for people and places, and his love of Mexican food, especially Papasitos and El Fenix and Texas BBQ. He also loved all things Texas. In particular, the "Hill Country" and San Antonio with its River Walk as well as the State Fair of Texas, which he never missed. He also showed lots of passion for the Texas Rangers baseball team and Dallas Stars hockey team, his love of Science Fiction- in particular Star Trek and Star Wars, the Galleria Mall at Christmas time, his grandmother Ruby, his two dogs, Lexi and Sissy and mostly the love for his grandchildren (his grubs), Taylor Jo and Caden Kent Medlock. He was a caring man, who would help anyone that needed it and would always be there for you. Duane was a man who knew how to talk. His stories were always very detailed and he wanted to make sure it felt like you were actually there. One time, he was telling a story and about 30 minutes into it he said "I'm just about to get to the good part"! Good part??! What was the last 30 minutes!?! The way he told stories would always bring a smile to everyone's face! Everyone knew that when you would see his name on caller ID, you had better not be busy or make sure you had plenty of time to chat. He was the world’s best papa; there is no debating that fact. He would always set up "surprises" for them. He would cut pictures out of newspapers or magazines leaving hints around the house. One year for a surprise trip to The State Fair, he posted Big Tex pictures in the fridge, pantry, laundry room...all over! It was so fun!! He would take Taylor to "horsy" every Thursday and then take kids to dinner; it was the highlight of everyone's week!! He always made sure the kids had plenty of "moo" juice and food. He loved baking cakes and would bring one over for birthdays, even for the kid’s friends. He would always bring them over a "flick" to watch. He would always need "details" about how everything turned out. When the kids were sick he would always bring over a "care package" for them. He even posted magazine clippings one time with a picture of a sick child and some pictures of soup cans. Taylor and Caden adored their papa and they were truly each other's world. He was a true super hero for the kids!! Duane was certainly a dog lover. He loved his dogs, Lexi and Sissy and his grand dogs, Spencer aka "Spencer McGowan" and Sammy. Always brought "goodies" over for them and made sure they were well taken care of. There are so many great things about him that could be listed, that we just don't have the space to do so. He was a proud Father and Papa. He lived for his family; they were without question, his life. Survivors include his longtime companion, Colleen Medlock, their two sons, Timothy Medlock with wife Maria and Travis Medlock. His Brother, Brian Medlock with wife Janice, Sister Cheryl Johnston with companion Jerry; three nephews; Jamie Johnston with wife Betty and their two children, Desi and Cameron; Keith Medlock with wife Luci and their daughter Lily; and Dillon Medlock; two grandchildren, Taylor Jo and Caden Kent Medlock with their mother Christi Medlock; three step-grand children; Martica Shelton, Mary Jimenez and Duane Walser; four step great grand children, Brandon and MacKenzie Shelton, Amelia and Bella Jimenez. Duane was preceded in death by his parents Conrad and Billie Medlock, Grandparents Paul and Ruby Roark and a Step grandchild Vanessa. There will be a private ceremony held in his honor. Papa you are loved and will be greatly missed! It is said that life on earth continues after death. That may be true, but it will never be the same without you in it.

The family of Conrad Duane Medlock Jr. created this Life Tributes page to make it easy to share your memories.