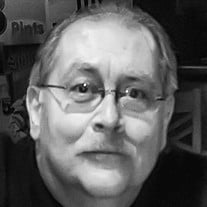 David James Kiskadden (Kissy), 65, formerly of Butler Pennsylvania and Denton Texas, passed away on November 6, 2018 after a sudden illness. The son of James and Anita Equizi Kiskadden, David was born in Butler, Pennsylvania on January 4, 1953. He graduated from Butler Senior High School in 1971 as a member of a very large senior class. Even in that large class, there were few classmates that David did not know. He was active in numerous activities including student announcer, intramural sports, Student council, the Guys and Dolls production and was the drummer for the well-known Butler rock group King Kong. David attended BC3 in Butler and the University of North Texas once he moved to Denton, Texas. David worked a variety of jobs over the years including a stint at Pullman. But two of his favorite jobs were working as an EMS and at the State School in Denton. David particularly enjoyed those jobs because he loved to help people and to make them happy. This was good training for David because as his mother and stepfather aged, they found it harder to take care of themselves. David retired early in order to care for both his mother who was ailing and his step-father who was afflicted with the early stages of dementia. David lost both of them last year. David was a fan of all things Butler/Pittsburgh, especially sports. David always anticipated his annual trip back to western Pennsylvania, it was always really “home” to him. These visits would always include a possible Pirates game, a Butler Blue Sox game, an evening out at the Elks but mostly just sharing time with his friends in the Butler area that he saw more as family than as just friends. David was a devout lover of homemade Italian foods and culture. He NEVER cut his spaghetti pasta and would not condone those who did. He shared his culture with friends by inviting them to an 18-course meal at his grandmother’s home on weekends. David Kiskadden was no ordinary person. Although he never married and had no siblings, he had hundreds of brothers and sisters between Butler and Denton. This obituary is a symbol of the deep and abiding love so many had for David. As he had no immediate family left, his friends have come together from Butler to Denton, Chicago to St. Augustine, Portland to Pittsburgh and so many other points in between to grieve his passing, share his humor, his good spirit, his love, and to celebrate the loving caring man that we were all honored to call “our friend”. David was a part of the Duffy Road gang. Virtually all of this group of kids that grew up and played together are all still in contact with one another and they now join together to mourn the loss of their playmate, their friend, their confident, their brother. He was a Godfather, an uncle, a caretaker, a guardian of good music, the provider of much humor and so many other roles to many other people. He was never one to meet a stranger and not end up calling them “friend”. David always brought along a smile, some funny stories, good drinks and a heart big enough to always make you feel welcome. He so easily became a part of your family. The grief shared by so many over his passing has been palpable, gut wrenching and, for some, even paralyzing. David, as we all struggle with how to say goodbye to you and how to fill the void your absence has created, know that you have brought a very large and unrelated family together. Perhaps your final and greatest legacy is in bringing so many friends together to act, on your behalf, as family, sharing stories of your love and to bearing witness to your legacy among us. You will not be forgotten, and you will always be loved. So this won’t be goodbye but more simply – “love yins, and see yins soon”. A non-ceremonial cremation is being planned by the Denton Funeral Home and Cremation Services. Non-ceremonial cremation, under the direction of the Denton Funeral Home and Cremation Service, 120 South Carroll Blvd., Denton, Texas, Phone: 940-382-2214. Future memorial service and spreading of ashes is being planned in Butler, Pennsylvania for April, 2019.

David James Kiskadden (Kissy), 65, formerly of Butler Pennsylvania and Denton Texas, passed away on November 6, 2018 after a sudden illness. The son of James and Anita Equizi Kiskadden, David was born in Butler, Pennsylvania on January 4, 1953.... View Obituary & Service Information

The family of David James Kiskadden created this Life Tributes page to make it easy to share your memories.