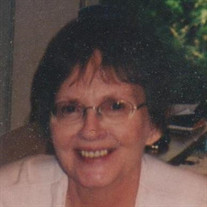 Deborah Shelton, previously a leader in the Denton Humane Society and the League of Women Voters and the mother of two children, died Friday, May 8, at her home. She was 81. Mrs. Shelton served a president of the Humane Society and in 1985 was presented a plaque honoring her “many years of outstanding leadership and dedicated service” to the Humane Society. She was instrumental in promoting the construction of the previous Denton Animal Control Center, appearing before the City Council in urging the project on. She also was a long-time worker in the League of Women Voters and was active in Democratic Party politics. Deborah Kennedy Evans was born Aug. 17, 1933, at the Denton Hospital and Clinic at 525 S. Locust St. in Denton to Alfred and Sybil Evans. Her grandparents were George and Clara Evans of Denton. At age 8, she contracted polio and was hospitalized in and out for three years, including time in an Iron Lung. She recovered, had a normal life, married and had two children. In later life she developed what was called Post-Polio Syndrome, which was debilitating to polio survivors. Deborah graduated from Olney High School and attended Midwestern University in Wichita Falls where she met and married Keith Shelton. When her husband was drafted in 1954 she attended Texas Woman’s University where she received a bachelor’s degree. For a graduation present, her family paid her expenses to join her husband in Germany where he was stationed in the Army of Occupation. They subsequently lived in Wichita Falls, Richardson when her husband was on the Dallas Times Herald and in Denton when her husband was on the Denton Record-Chronicle and at the University of North Texas. The couple had two children, Leslie Lynn and Lawrence Evans Shelton. She had a brilliant wit, loved British comedy, and was a voracious reader. Survivors include her husband of Denton; her brother, Dr. Al Evans of Fresno, Calif; her daughter, Leslie Sevcik of Evanston, Ill and her husband Rick; her son, Larry Shelton and wife Rachel of Dripping Springs, Texas; and two grandchildren, Margaret Sevcik and Tom Sevcik. Memorials donations may be made to the Denton Humane Society, Box 1972, Denton, Texas 76202. Arrangements are under the direction of Denton Funeral Home & Cremation Services

Deborah Shelton, previously a leader in the Denton Humane Society and the League of Women Voters and the mother of two children, died Friday, May 8, at her home. She was 81. Mrs. Shelton served a president of the Humane Society and in 1985 was... View Obituary & Service Information

The family of Deborah Evans Shelton created this Life Tributes page to make it easy to share your memories.

Deborah Shelton, previously a leader in the Denton Humane Society...