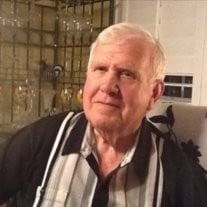 Edward “Ed” Charles Vacula, 81, born September 21, 1932 to Charles and Frances Vacula in Kaufman, Texas, passed away Saturday, November 9, 2013. A memorial service will be held in his honor on Sunday, November 17, 2013 at 2:00 p.m., at Robson Ranch Clubhouse, 9400 Ed Robson Blvd., Denton, Tx. 76207. Ed served in the US Navy during the Korean War. He graduated from the University of Texas with a degree in Pharmacy. He worked as a pharmacist for 54 years in Dallas, Richardson, Grapevine and Denton. Ed was preceded in death by his parents, Charles and Frances Vacula; sisters, Mary Adams and Millie Leath; and brother, Albert Vacula. He is survived by his loving wife of 54 years, Betty Vacula; daughter, Alice and husband Jimmy Morris of Richardson; grandson, Ryan Morris of Richardson; sisters, Alice Smith of Arlington, Aline Duke of North Richland Hills, Etta and husband Bob Babovec of Kaufman and many nieces and nephews. Arrangements are under the direction of Denton Funeral Home.

The family of Edward Charles Vacula created this Life Tributes page to make it easy to share your memories.