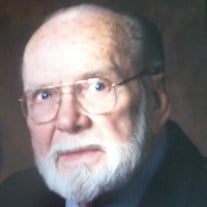 Howard Everett Walker (1929-2015) a fifty year resident of Irving Texas and most recently Denton Texas , left his life on Friday June26,2015. He had suffered from Parkinson disease for many years. Howard was born in Putnam Texas, and graduated from Fair Park High School in Shreveport, LA. in 1948. Later that summer he married the love of his entire life, Mary Helen Woodard. They were devoted to each other for 67 years. He has a long and successful career in the commercial glass industry, and was well respected for his talent, knowledge, and work ethic in the Us and overseas. Howard and Helen had two passions. One was to travel which they did extensively all over the world. The other was their place in Angel Fire New Mexico, where they spent every summer and a good part of their winters for many years. There they could sit by the fire and Howard could snow ski which he did until he was well into his 80's. They played competitive contract bridge at a very high level of which he was proud. He was a skilled craftsman having built houses, furniture, cars,and boats. He had a great appreciation and knowledge of history, geography, and art, a true renaissance man. He passed these gifts on to his children and grandchildren. He was a husband and father before all else, and is survived by his loving wife Helen, his children ( Andy and Renee Walker, Charlie and Olivia Walker, and Michael and Nancy Gonzales), grandchildren ( PJ and Adrain Bergkvist, Eric and Gaby Gonzales, Morgan Gonzales and Fiance Adrian Contreras, Dustin and Laura Byerly, Steven and Oryan Womack, and Alan Christi), and great grandchildren( Taylor Byerly, Travis Byerly, Drake Womack, Becket Gonzales, CReed Womack, Ella Bergkvist,and Liam Bergkvist), as well as numerous niece's and nephews. Visitation will be held at Denton Funeral Home on Monday from 5-7 p.m. Funeral services in Denton Texas, on Tuesday June 30th at 10:00 a.m. Burial to follow 2:30p.m. at Bear Creek Cemetery. Howard can be honored by gifts to the Michael J Fox Foundation for Parkinson's Research at www.michaeljfox.org

Howard Everett Walker (1929-2015) a fifty year resident of Irving Texas and most recently Denton Texas , left his life on Friday June26,2015. He had suffered from Parkinson disease for many years. Howard was born in Putnam Texas, and graduated... View Obituary & Service Information

The family of Howard Everett Walker created this Life Tributes page to make it easy to share your memories.