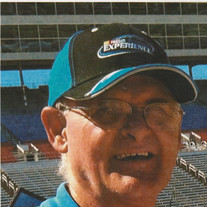 Joseph Lane Meadows went to his heavenly home on March 15, 2016, surrounded by his loving family, at 64 years of age, after a short illness. Born on June 23, 1951 in Denton, Texas, Joe was the son of Joseph Marion Meadows and Jeannette Maxine (Kingery) Meadows. He attended school in Lake Dallas, Texas, and was a 1969 graduate of Lake Dallas High School. On August 15, 1970, he married his high school sweetheart Patsy Ann Garvin, in Corinth, Texas. They made their home in and around Denton for 18 years until his employer, Moore Business Forms, transferred him to Bryan, Texas, then later to Nacogdoches, Texas, where they resided in the nearby community of Cushing. Married 45 years, they raised three children together. Joe was employed for 47 years with RR Donnelley, previously Moore Business Forms, as Shift Coordinator and Safety Program Champion. He was drafted in 1971 and served two years in U.S. Army, Airborne Division as a paratrooper. Joe was known to his friends and loved ones by many names, such as Jody, Jode, Jace, and JL; and was also known to give a special, unique nickname to those he loved. He was a great storyteller and jokester. He had a lifelong love of bluegrass music and loved jamming with family and friends. He enjoyed league bowling and was a NASCAR season ticket holder at Texas Motor Speedway. He particularly loved riding his Harley Davidson motorcycle with his brother and son-in-law. The family will receive friends at a visitation from 6:00–8:00 pm, on Friday, March 18, 2016 at Denton Funeral Home, 120 S. Carroll Blvd., Denton, 76201. Services will be held on Saturday, March 19, 2016 at 10:00 am, in the Denton Funeral Home Chapel. He will be interred at Shiloh Cemetery, Corinth, Texas, immediately following. Joe was preceded in death by his parents. Those left to cherish his memory are his wife, Patsy Ann (Garvin) Meadows; his daughter, Shannon Bundrick Bastow and husband Keith; sons, Donnie Joe Meadows, Nehemiah Meadows and wife Mindy; daughter in law, Susan Meadows; siblings, Debra Crawford and husband Bobby, Flicka Reynolds, Daniel Meadows and wife Diana, and Guy Lehrman and wife Rose; grandchildren, Tiffany, Sharee, Kiersten, Laynie, Tristan, Dalton, Isaac, Emma, and great-grandchild, Arrabella; and life-long best friend, Gary Don Hensley and wife Helen.

Joseph Lane Meadows went to his heavenly home on March 15, 2016, surrounded by his loving family, at 64 years of age, after a short illness. Born on June 23, 1951 in Denton, Texas, Joe was the son of Joseph Marion Meadows and Jeannette Maxine... View Obituary & Service Information

The family of Mr. Joseph Lane Meadows created this Life Tributes page to make it easy to share your memories.