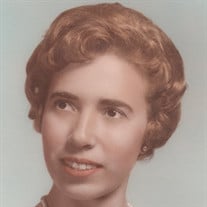 Dr. Joyce Palmer, retired from the Texas Woman’s University English faculty, died Sunday, November 8, 2015, at Texas Health Presbyterian Hospital. She was 74. Dr. Palmer was born in Columbia, Tennessee September 4, 1941, to James Edward and Arline Roberts Cornette. She was graduated from David Lipscomb High School in Nashville, Tennessee and she and her twin sister, Joan, were co-valedictorians. Dr. Palmer attended David Lipscomb University in Nashville and received her master’s and doctoral degrees from the University of Tennessee at Knoxville. She married Leslie Palmer in 1965. She taught in the English Department at Texas Woman’s University for 47 years, specializing in eighteenth-century British literature. She was a contributor to several books on the English language, sponsored the Omega Rho Alpha honor society, and collaborated with her husband, who was an English professor at the University of North Texas, on published scholarly papers. She was a member of many professional societies, including the South Central Society for Eighteenth-Century Studies. Dr. Palmer attended the Samuel Johnson Commemorative Conference at Oxford and the commemorative celebrations at Lichfield, England, honoring Samuel Johnson in his birthplace. She was full of music, singing in the Denton Community Chorus and in the car on numerous road trips with her family. She also enjoyed attending Brave Combo concerts. A lifelong member of the Church of Christ, Dr. Palmer loved and remains much beloved by a multitude of friends, former students and family. Dr. Palmer is survived by her son, David Palmer of Seattle; her daughter, Rachel Shelton and husband Larry of Dripping Springs, Texas; twin sister, Joan Stone of Nashville; nephew Danny Stone of Houston and his wife, Candy; and great-nieces Sydney and Emma. Visitation is Tuesday, November 10th, 5 to 7PM at Denton Funeral Home. Funeral Service will be held Wednesday,10AM at Denton Church of Christ, 1510 Audra Lane, Denton. Officiating will be Brother Terry Collins. Burial to follow at Roselawn Memorial Park.

The family of Joyce Arline Palmer created this Life Tributes page to make it easy to share your memories.