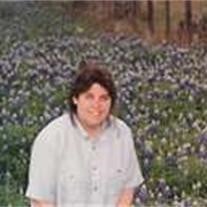 Marilyn Ann Nevins, 63 of Denton, TX passed away on Sunday, January 6, 2013 in Dallas. She was born on September 24, 1949 in Fort Worth, TX to John and Annie (Watson) Nevins.   A visitation will be held on Thursday, January 10, 2013 at the Denton Funeral Home from 12-2pm, funeral services will be immediately following at 2pm.   Survivors include her brothers, John Robert Nevins and wife, Kathy of Weatherford, TX, and Larry Leon Norris and wife, Jannie of Fort Worth, TX; nephews, John David Nevins, John Norris, Timothy Norris, and Larry Dewayne Norris; niece, Kristyn Renee Ducas; great-nieces, Kallista McCoy, Kyler McCoy, and Keyton Ducas; and her best friend of 53 years Paula Jeanne Oates and all of her extended Oates family.   In lieu of flowers, Marilyn requested that donations be made to either your local Humane Society, or a charity of your choice.

The family of Marilyn Nevins created this Life Tributes page to make it easy to share your memories.