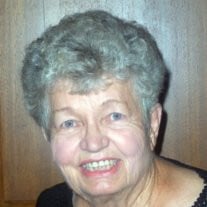 Marilyn N. Smith Marilyn Neumann Smith passed away peacefully at Texas Health Presbyterian Hospital in Denton on January 3, 2014. Marilyn is preceded in death by her parents, Erwin R. and Esther A. Neumann. She is survived by her brother, Curtis E. Neumann and wife Kathleen of Dayton, Ohio, and three loving nieces, Marnie Neumann of Yellow Springs, Ohio, Susan Neumann Laboy and husband Jose, of Fort Lauderdale, Florida, and Catherine (Katie) Jessen and husband Chris of Chattanooga, Tennessee. Marilyn was one of a kind, a Renaissance woman. She exhibited a superb enthusiasm for life, was smart as a whip, and excelled at everything she did, and she did many things. She was an adventurer, traveling throughout the United States, Canada, and Mexico as well as to exotic places, including China, India, Africa, and South America. Rather than take the easiest and most direct route, she often traveled the back roads enjoying the scenery, meeting the people, and experiencing the local culture. She bicycled throughout Europe, explored the Amazon, and trekked across the Himalayas in Tibet. After graduating with bachelor and masters degrees from the University of Texas, Marilyn began her career in science as an electron microscopist in cancer research at Baylor Medical Center in Houston. She moved to Denton to obtain her PhD at TWU in molecular biology and joined the faculty at TWU. Marilyn was a member of several different organizations and dedicated her time and money in volunteering to support those organizations. She was a long-time volunteer with the Denton Christian Preschool that provides early education for at-risk children, an active member of The League of Women's Voters, served on the board of Opening Doors Immigration Services (ODIS) of Denton, founding member of the Learned Ladies Luncheon League, the TWU University Club, Denton Senior Center, and the North Side Library's Philosophy Club. She was a women's rights advocate and always ready to help anyone who needed help. Marilyn was an amazing and award winning watercolor artist and a member of the Visual Art Society of Texas (VAST). She was also a ceramic artist who worked in a style reminiscent of the Cado Indian culture of North Texas. She was a supporter and contributor to many of the arts in Denton and the Metroplex including the Greater Denton Arts Guild, the Dallas Museum of Arts, and the Denton Bach Society. Marilyn disliked discarding old things that still had a potential function so she began buying and improving residential properties. One major project she undertook was to buy a burned house, move it to a new lot, and completely renovate and improve the house. She lived in it for many years. She particularly loved the prairie designs of the Mount-Miller style homes in Denton and her final renovation project was to renovate one that had fallen into foreclosure. Marilyn co-owned farm and ranch land in Falls, Bell, and Limestone counties and actively worked with the operators to implement sound range and soil conservation practices. She loved spending time there doing hands-on work on the land. One friend summed up Marilyn by saying, "She was one of a kind. I think they broke the mold after she came along." Contributions in honor of Marilyn N. Smith may be made to one or both of her favorite organizations. The Visual Arts Society of Texas (VAST), PO Box 1281, Denton, TX 76202, or the Denton Christian Preschool, 1114 W University Dr, Denton, TX 76201. A small gathering for family and close friends of Marilyn to be announced at a later date. Arrangments are under the direction of Denton Funeral Home. On line condolences may be left for the family at www.dentonfuneralhome.net.

Marilyn N. Smith Marilyn Neumann Smith passed away peacefully at Texas Health Presbyterian Hospital in Denton on January 3, 2014. Marilyn is preceded in death by her parents, Erwin R. and Esther A. Neumann. She is survived by her brother,... View Obituary & Service Information

The family of Marilyn Neumann Smith created this Life Tributes page to make it easy to share your memories.