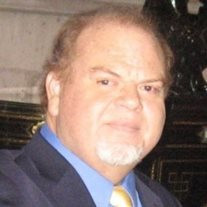 Reverend Mark Anthony Paez, 54, born November 26th, 1959 in Houston, Texas, passed away on Tuesday, February 25, 2014 in Dallas. . Visitation will be held on Friday, February 28, 2014, 7:00 – 9:00 pm, at Templo Batania Evangelistic Center, 210 East Jefferson Rd., Dallas, Texas . Graveside services will be Saturday, March 1, 2014, 10:30 am, at Roselawn Cemetery in Denton. Rev. Jamie Gonzalez will officiate. Mark received the call to serve God in the ministry at the age of 10. He graduated from Denton High school in 1978. Later he attended Alpha Bible institute and graduated with honors. He became very involved in different areas of ministry under the guidance of his parents. As a young evangelist with a unique anointing and manifestation the gifts of the Holy Spirit in his life and with a Powerful Voice that moved and touched even the unbeliever. He began to travel to many cities in the states and later traveled abroad, taking his ministry to Europe, Asia, Mexico and Central America. He was the founder and president of Missions for Christ International which later became Bible Day Ministries. He disciple hundreds in the ministry and is call spiritual Father by many. Very talented in music he would to sing and play the piano with tremendous anointing during his crusades . Mark loved the missionary work in many cities and small villages in Mexico. In every place that he preached he made friendships that lasted through the years, for over 40 years God used Mark Paez and till he took his last breath, he did the work of God. He will be missed!!!! His parents were the late Rev. Pedro and Rev Sarah Paez. He is survived by three sisters; Jody Turrubiartes of Aubrey, TX, Brenda Paez of McKinney, TX and Sylvia Sanchez of Crossroad TX and three brothers; Peter Paez of Spring TX, Eddie Paez of Centerville TX and Andrew Paez of Lewisville, TX and their families.

The family of Reverend Mark Anthony Paez created this Life Tributes page to make it easy to share your memories.