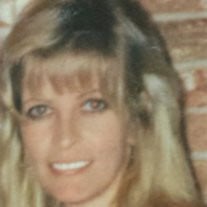 Nancy Kay Deering Hansen, 55, born April 25, 1958 in Las Cruces, New Mexico to Dr. William Douglas Deering and Carlene Beene Deering, passed away on Monday, November 18, 2013 in Denton. On December 29, 1976, she married William Paul Hansen in Houston, Texas. An accomplished business woman, Mrs. Hansen was a business consultant to part of the Royal Family of Saudi Arabia in the late 1970’s and early 1980’s; an owner of several businesses in Denton and a community volunteer. She will be greatly missed, by all who knew and loved her. Preceded in death by her mother, Carlene Deering, Nancy is survived by her husband, of 39 years, William Paul Hansen of Denton; daughter, Shelby Ray of Ft Worth; son, Colby Hansen of The Colony; father, Dr. William Deering of Denton; sisters, Catherine York of Charlotte, North Carolina and Susan Franks of Benbrook; and grandson, Colton Ray of Denton. Memorial donations can be made to the Denton Humane Society, P O Box 1972, Denton, Texas 76202. A memorial service will held at a later date. Arrangements are under the direction of Denton Funeral Home.

The family of Nancy Kay Hansen created this Life Tributes page to make it easy to share your memories.