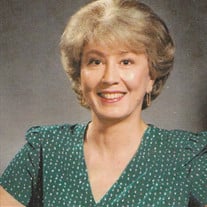 Nancy Lou Boyd Murdock died on December 29, 2015, in Denton, Texas. She was born in Coleman, Texas to S.J. and Elena Barton Boyd on December 30, 1934. She attended schools in San Antonio and Fort Worth and graduated from Krum High School in 1953. During her high school years she was active in 4H and won various honors including those for dress design and sewing. Soon after graduation she married her high school boyfriend, Al Murdock. They both enrolled at North Texas State. In 1955 they had their first son, John Stephen, and in 1956 their second son, Randall Boyd. In 1958 they graduated from North Texas. In 1962, a third son, Anthony Carlyle was born. Nancy was a great-grand daughter of Susannah McCombs Boyd, one of the early settlers of the Flower Mound area. Nancy taught in public schools at all levels in Fort Worth, Judson, and Texas City, Texas, Olivia, Minnesota, Deerfield,Illinois and White Plains, NY. While they lived in the Chicago area, she earned her Master's degree in Education in Evanston and while they lived in Westchester County, New York, she got her law degree and practiced law for several years in New York. During that time, among her clients were the New York Annual Conference of the United Methodist Church and the Mission Agency of the Presbyterian Church, USA, while it was headquartered in New York City and after it moved to Louisville, KY. When she returned to Texas, she practiced in Denton and then in Dallas. Near the end of her working years she returned to teaching, again in Fort Worth schools. Besides loving her family, God, friends and country, she greatly enjoyed traveling and reading, bird-watching, rock-hunting and most of her work. She visited every state in the union, nearly all of Europe, including the old Soviet Union, a large portion of Asia and a bit of Africa and Central America. She is survived by her husband, Al, of Denton, her sons Steve and his wife, Mary, of Woodinville, WA, Randy and his wife, Ines of Brookfield, CT, and Tony, and his wife, Julie of Roswell, GA. She is also survived by her sisters, Jonita Borchardt of Krum and Betty Burns of Denton, as well as eight grandchildren, two great-grandchildren and several nieces and nephews. Her brother George Boyd, died in 2014. There will be no funeral service. A Memorial Service will take place on a date to be announced later. Arrangements are under the direction of Denton Funeral Home. Condolences may be left for the family at www.dentonfuneralhome.net.

Nancy Lou Boyd Murdock died on December 29, 2015, in Denton, Texas. She was born in Coleman, Texas to S.J. and Elena Barton Boyd on December 30, 1934. She attended schools in San Antonio and Fort Worth and graduated from Krum High School in... View Obituary & Service Information

The family of Mrs. Nancy Lou Murdock created this Life Tributes page to make it easy to share your memories.