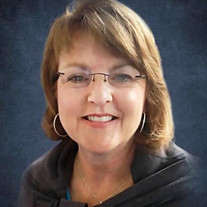 Love&#8212;it is one of the greatest, most beautiful gifts anyone could give or receive. For the person who embodies love, how much more is the beauty of her heart, her mind, and her actions? Patricia Gay Blalock loved with all of her heart... View Obituary & Service Information

The family of Patricia Gay Blalock created this Life Tributes page to make it easy to share your memories.

Love—it is one of the greatest, most beautiful gifts anyone could...