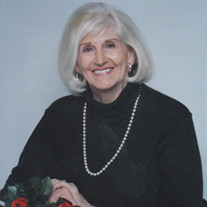 Patsy Ruth Freeman-Costello,86,of Plano, Texas passed away peacefully in her sleep on Thursday, October 1,2015. Pat was born to January 19,1929 in Beaumont, Texas to Forrest J. and Mattie Belle (Wynn) Freeman. Pat was proud to have been a Kilgore Rangerette, as well as her time at Kilgore College. Pat earned a BA degree in Business from Oklahoma Baptist University, and a M. Ed Counseling from the University of Oklahoma. Over the years Pat served in numerous positions including Research Coordinator/Grants Writer, University of Oklahoma, Norman, OK, Paralegal in Texas and in Alaska, Private College Administrator, Charter College, Anchorage, Alaska, and retiring as Director of Counseling, University of Alaska in Anchorage. After retiring from the University of Alaska , Pat continued to serve and learn. Pat served as a Director, Counseling/ Support Program for US Military families in Okinawa, Japan. Pat also became a certified Mediator in Florida, Texas, New Mexico, and Alaska. She mediated over 500 cases for public and private agencies and was a member of several Mediator Associations. Pat and Jerry enjoyed traveling the world including China, Thailand, Europe. Pat is proceeded in death by her parents and brother Jack Freeman. She is survived by her husband of 37 years , Jerry Costello; her brother Orric Freeman and wife Carole of Argyle, Texas; her three children Suzanne Allen and husband Greg of Albuquerque, New Mexico, Jody Sutherland and wife Jamie of McKinney, Texas , and Patty Konicke and husband Tom of Flower Mound, Texas; and four grandchildren Genny, Kelsey and Marissa Konicke, and Ashley Sutherland; and numerous nieces and nephews. Viewing will be held at the Denton Funeral Home, Saturday, 3 October 10:00AM -11:00AM, followed by a Graveside service at Roselawn Cemetery.

Patsy Ruth Freeman-Costello,86,of Plano, Texas passed away peacefully in her sleep on Thursday, October 1,2015. Pat was born to January 19,1929 in Beaumont, Texas to Forrest J. and Mattie Belle (Wynn) Freeman. Pat was proud to have been a Kilgore... View Obituary & Service Information

The family of Patsy Ruth Costello created this Life Tributes page to make it easy to share your memories.