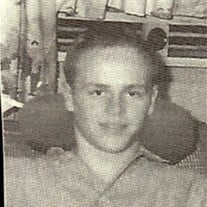 Rafe Michael (Mike) Piper, age 75, passed away on Friday, October 26, 2018 in Denton, Texas of complications from diabetes and congestive heart failure. He was born December 13, 1942 in Harlingen, Texas to Rafe (Bud) and Emma Day Piper. Mike graduated from H. M. King High School in Kingsville, Texas. After obtaining his Mortuary Degree, he joined his father, Bud Piper, as a partner in Piper Funeral Home in 1964 while completing his business degree at Texas A & I University in Kingsville. Mike will be remembered for his athletic ability and love of sports. He was an AllState Football player his senior year at King High School. He played many games and sports with his friends at his gym in Kingsville. One of his greatest joys was starting a football league in Kingsville for elementary students. Mike became a seeker of religions. He traveled to India and studied in Israel three different times. He spent the last few years writing journals of his studies of the Holy Land and the Bible. Living most of his life in Kingsville, Texas, Mike spent the last five years in Virginia and recently moved to Denton, Texas to be with his children, Rafe and Erin. He is proceeded in death by his parents, Bud and Emma Piper. He is survived by his former wife, Kathi Riser Piper of Denton, Texas; his son, Rafe Ireland Piper and grandson, Rafe Aydan Piper of Denton, Texas; his daughter, Erin Piper and her husband Mike Urness of Denton, Texas; sister, Pat and husband Captain Bob Ferguson of Gasburg, Virginia; and sister, Sandra and husband Larry Brister of San Antonio, Texas. Nieces and nephews include: Blair Ferguson, Virginia Beach, Virginia; Piper Reddick, Smithville, Virginia; Rob Ferguson, Raleigh, North Carolina; Paige Roy, Keller, Texas; and Mandy Kohutek, San Antonio, Texas. Mike will also be remembered for his kind heart, fun sense of humor, his knowledge and faith in Christ, and his love for his family and friends. The Piper family gives a special thanks to Mike’s friends, Bru and Nel Brubaker of Gasburg, Virginia and old friends Delwyn Randall and his lifetime partner Jeff Price for their support during his illness. A celebration of his life will be held at a later date. Mike will be buried in Kingsville, Texas beside his parents. You many send condolences to Denton Funeral Home in Denton, Texas.

The family of Rafe Michael Piper created this Life Tributes page to make it easy to share your memories.