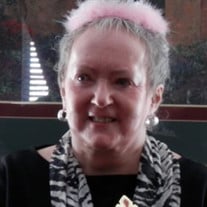 Shirley Marie Long was born on Oct. 27, 1941 in Lead, South Dakota to James and Minnie Long. She later moved to St. Louis, Missouri. Shirley graduated from Cleveland High School in St. Louis in 1959 and received her Associate’s degree from Washington University. She worked for the Federal Reserve Banking System for 42 years. Shirley held different positions for the Federal Reserve Bank as a Supervisor in St. Louis, San Francisco and Dallas until she retired in 2004. Shirley met William F. Barnes Sr. (Bill) in 1960 while both working for the Federal Reserve. They married in 1961, and lived in St. Louis, Missouri, and Fremont, California. They both retired while residing in Rockwall, Texas. William F Barnes Jr., their only child and pride and joy, lives in Denton Texas, with his wife Vanita (Leach) Barnes. Traveling was a passion of Shirley’s, as she and her family traveled to all of the 50 states, including places in Europe. Survivors include her husband Bill Sr., their son Bill Jr. and his wife Vanita, their daughter Juanita and grandson Austin Garett of Thornton Colorado, Shirley’s beloved brother James Long, cherished friend and sister-in law Sunny and their three sons, Jimmy, Jeff and Jon from St. Louis, Missouri. In addition Shirley leaves behind a host of Family and Friends. Shirley was preceded in death by her grandparents, parents, and two sisters, Frances Blumenthal and Jeannette Zualuf -Janke. Our beloved Shirley will be laid to rest at Jefferson Barracks National Cemetery in St. Louis, Missouri. In a ceremony to be held at later date.

The family of Shirley Marie Barnes created this Life Tributes page to make it easy to share your memories.