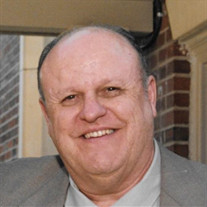 Thomas (Tom) Edgar Croley passed away on January 30, 2017 from cancer. Born on April 30, 1940 to Alma and Thomas Croley, Sr. in Gladewater, TX, Tom earned his B.S. and M.S. in microbiology from East Texas State College in 1964. He went on to complete his Ph.D. in human anatomy at Baylor College of Dentistry in 1971 and completed his postdoctoral work at NASA. He began his 25-year teaching career in 1972 at Louisiana State University Medical School and then moved to Denton in 1977 where he joined the faculty as an associate professor at Texas College of Osteopathic Medicine. He subsequently moved to Texas Women’s University (TWU) in 1980 as a professor and taught hundreds of students in physical therapy, biology, and allied health. He earned the rank of professor emeritus when he retired from TWU in 1997. He then opened the Gutenlase Energy Center and focused his efforts on helping others through homeopathic methods. He married Annette Polhemus in Wichita Falls, TX, on January 23, 1964, and they were happily married for 53 years. Tom was known for his one-liners and puns, and found his greatest pleasure in teaching others, watching the Dallas Cowboys, and enjoying the periodic dark ale. In addition to his wife, Annette, Tom is survived by his three sons: David, his wife, Mona, and grandchildren Sam and Sarah, of Austin; Brenton and his wife, Carrie, of Carrollton, and Philip of Moorpark, CA. He also leaves behind his sister, Janell Chesnut and her husband, Tom, of Austin, and nephews Jim Hogg of Dripping Springs and John Hogg of Austin. The family wishes to thank Dawn and Stephen Jones of Selah Ridge Adult Care Home for their kind and compassionate care. A memorial service for Tom will be held at 10 am on Friday, February 3, at Denton Funeral Home, 120 South Carroll Blvd, Denton, TX, 76201. In lieu of flowers, the family requests that contributions be made to the Alzheimer's Association North Central Texas, 2630 West Freeway, Suite 100, Fort Worth, TX 76102.

Thomas (Tom) Edgar Croley passed away on January 30, 2017 from cancer. Born on April 30, 1940 to Alma and Thomas Croley, Sr. in Gladewater, TX, Tom earned his B.S. and M.S. in microbiology from East Texas State College in 1964. He went on to... View Obituary & Service Information

The family of Mr. Thomas Edgar Croley created this Life Tributes page to make it easy to share your memories.